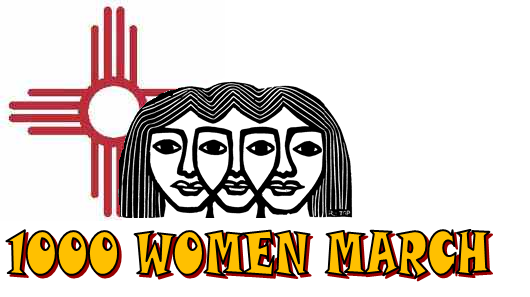 Tomorrow, February 11th, women from all over New Mexico will gather in Santa Fe to march to the State Capitol. Their goal is to make their voices heard on issues such as protecting the environment and ensuring New Mexico’s families and communities are being considered by the administration of Gov. Susana Martinez

The march will begin at 12:00 PM and start at the Railyard Park, located at the intersection of Cerrillos Road and Guadalupe Street. From there the women will march to the Roundhouse for a rally, to be followed by a press conference, at 2:30 PM in the Rotunda.

All are welcome to march: men, women, young and old.