To view a copy of the Diné Natural Resources Protection Act of 2005, click here:  Navajo Ban

A Legacy of Destruction and No Accountability

The nuclear industry has left a devastating legacy of pollution, illness and death.

Uranium mining began in earnest on Navajo land during the Grants Uranium Boom from the 1950s – 1980s.  The NM State Mining and Minerals Division lists 259 uranium production mines and 400 uranium exploration sites with a concentration in the Grants Belt.

When most of these ‘legacy’ mines were operating the Clean Water Act hadn’t been passed and the New Mexico Environment Department didn’t exist.  Of the 259 uranium production mines, 137 have no record of any kind of cleanup work.

Navajo families continue to live with the radioactive pollution and increased health risks from past uranium mining and milling, including the United Nuclear Corporation (UNC) uranium mill tailings spill into the Puerco River, in the Church Rock area in 1979.   This was the largest release of radioactive waste in U.S. history.  URI/HRI which acquired this site from UNC in 1993 has still not committed to a full cleanup of the Old Church Rock Mine and the spill.

Today, HRI/URI claims that in-situ mining is safe.   But communities like Kingsville TX, disagree.   URI has been unable to restore the water quality contaminated by the in-situ mining there.

In-situ leaching releases large amounts of radon, and produces waste slurries and waste water during recovery of the uranium from the liquid.  Dangerous radioactive heavy metals are mobilized in this process.  It is technologically impossible to restore natural groundwater conditions after leaching operations have been completed.

There is NO NEED for new uranium mining. The value of uranium has been artificially bolstered by false promises of “nuclear power renaissance”.  The reality is that current nuclear reactors are in their final years of operation and have adequate fuel.  No nuclear plants have been licensed, constructed or are even under construction in the US.  The Obama Administration would like to change that and this is one step in the process of expanding the nuclear industry – both power and weapons.  There are proposals for 22 new uranium mines, billions for weapons expansion and a number of nuclear power plants have been proposed.  This is the wrong direction.

On December 2, 2006 the IWUS Declaration Final of the Indigenous World Uranium Summit was passed at Window Rock, Navajo Nation, USA 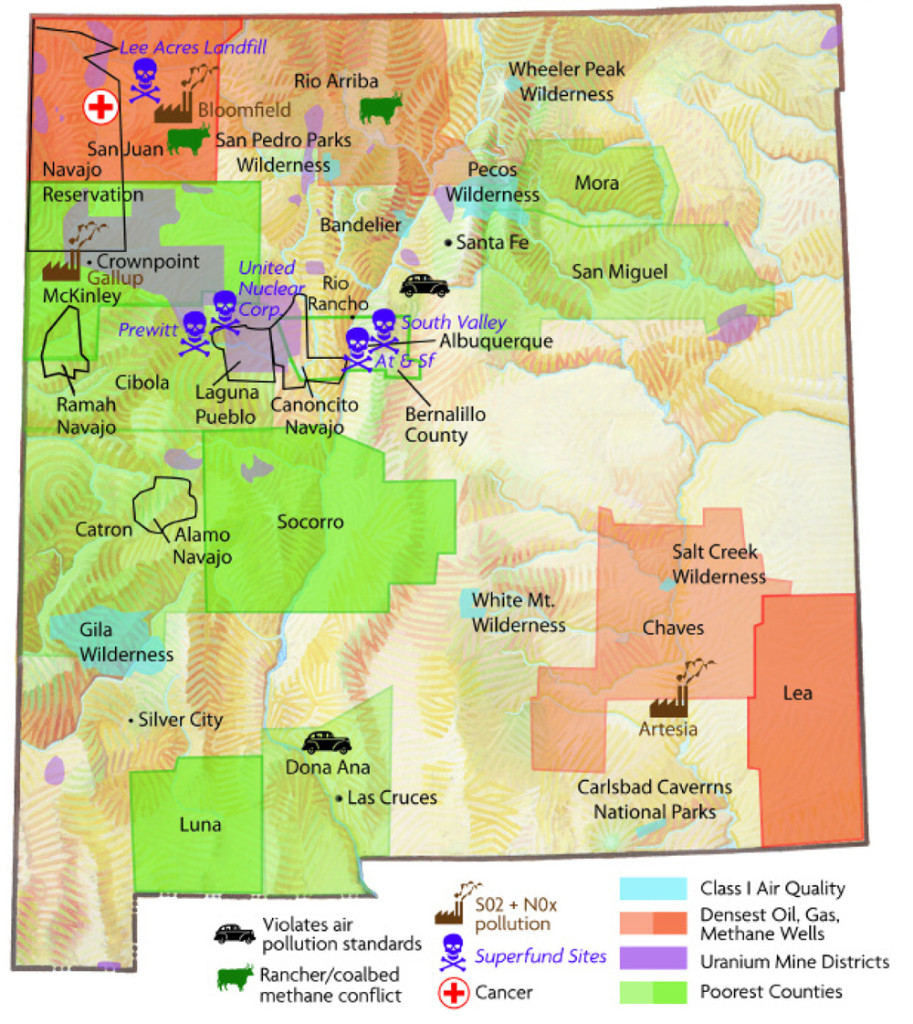 This message is only visible to admins.
Problem displaying Facebook posts. Backup cache in use.
Error: Unsupported get request. Object with ID 'posts' does not exist, cannot be loaded due to missing permissions, or does not support this operation. Please read the Graph API documentation at https://developers.facebook.com/docs/graph-api
Type: GraphMethodException